Gary, a one-year-old Abyssinian cat, is a much-loved character in the area and the undisputed leader of the felines around the neighbourhood in Hampstead. So, when he was found suffering from severe bruising along his stomach, he was quickly referred to the experts at London Vet Specialists (LVS), in Belsize Park, where he was treated by the exceptional team of 3 Specialist vets and Experienced Nurses.

LVS hospital manager Luke Frewin explained: “Gary is a well-known cat around his neighbourhood, and everyone loves him!” 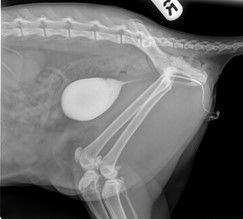 Bladder filled with a contrast agent, hence it is very white.

However, one day he came home after his daily exercise acting very lethargic and seemed totally out of sorts. His owners also noted severe bruising and swelling along his belly.

Gary was referred to us at LVS for further investigations into the extent of his injury and Dr Ian Jones, our specialist in Diagnostic Imaging, performed an abdominal ultrasound which confirmed a hole in Gary’s abdominal wall

Dr Jones also performed a contrast study of Gary’s urinary tract which confirmed his bladder and the rest of his urinary components were still intact despite the trauma.

Gary was then sent to Dr Janet Kovak McClaran, an American and European Surgery specialist widely recognised for her surgical skills, who led the operation.

She was assisted by Dr David Neilson, our specialist in Anaesthesia and Analgesia, and Dr Maite Pardo, along with our Surgery Nurse, so he had an incredibly strong team working on him.

The multidisciplinary team worked to repair the hole in his belly, which had abdominal fat coming out (herniating) of the torn muscle.

Luke added: “Happily, Gary made a super speedy recovery after having all the cuddles during his time in the hospital and now he is back at home – or more accurately out on the town!” 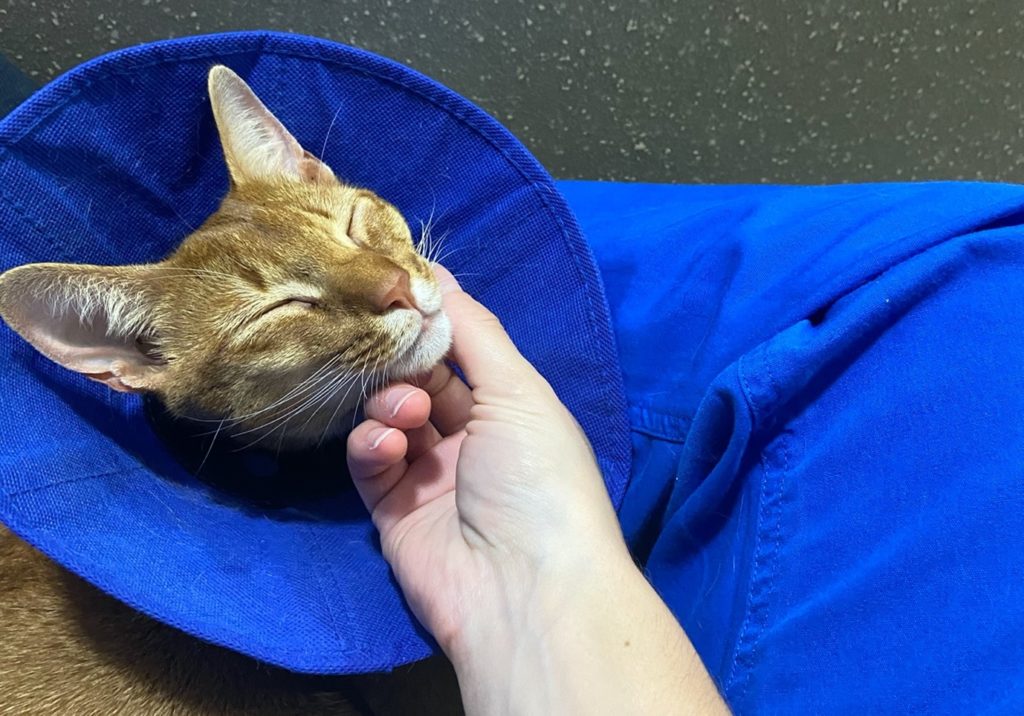