Meet Webster. He’s well known in his neighbourhood for his adventurous lifestyle. Climbing trees and scrambling up fences are all in a day’s work for this British Blue cat. “He’s very sociable and is always following my toddler grandson around and playing with his toys,” said Judy McGlashan, Webster’s owner. 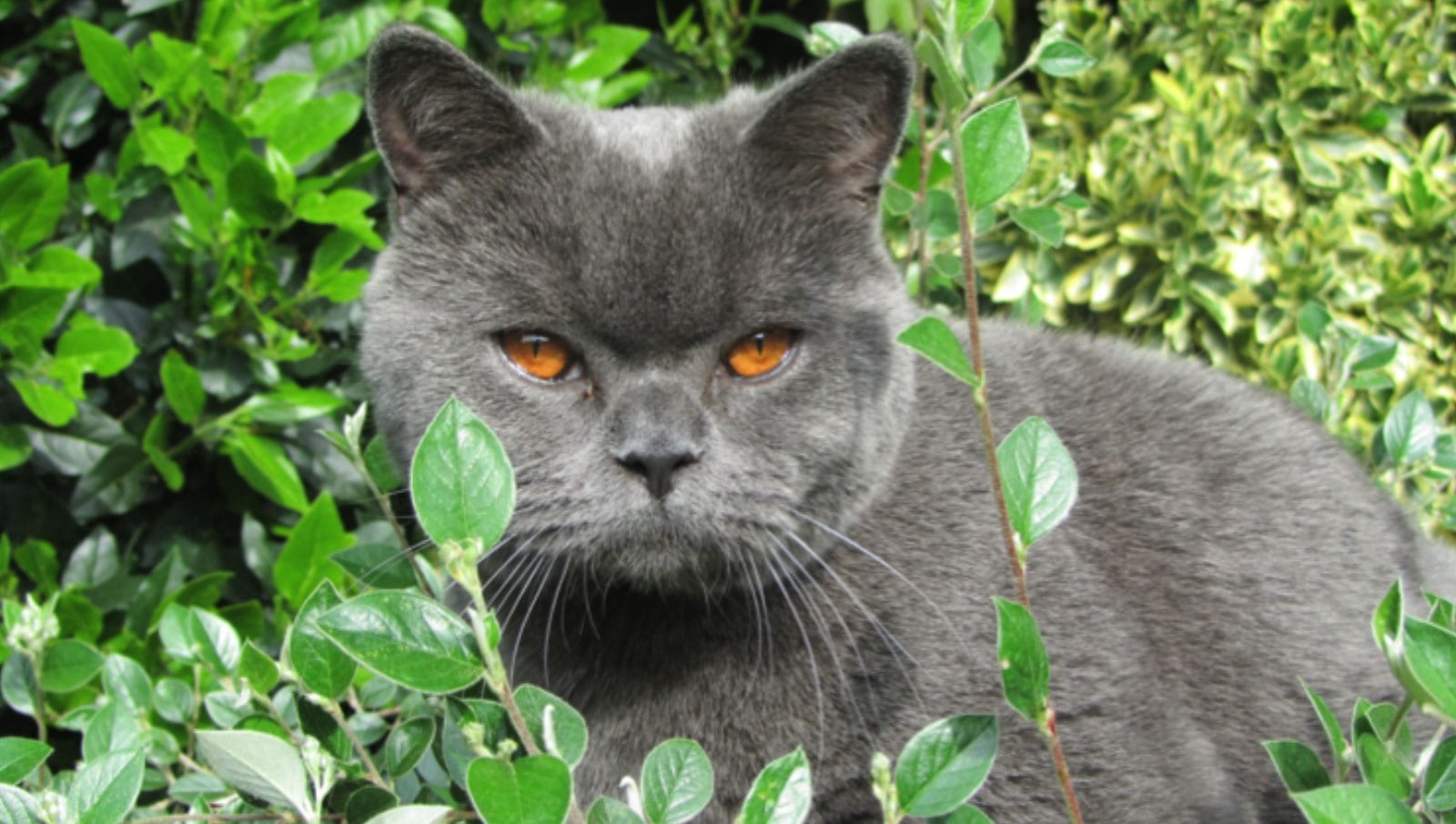 One day in January, however, Webster came home howling and vomiting. When his condition quickly deteriorated into a state of collapse, Judy rushed him to primary vet care group ICU, severely anaemic, hypothermic and clearly in distress.

ICU stabilised his condition with a blood transfusion and, through ultrasound, the consultant was able to see that he had suffered internal bleeding, and that he possibly had liver cancer. The blood transfusion also revealed that Webster had a rare blood type (Type B) and, given that there was a high risk of further bleeding, the vet recommended surgery.

In a state of high anxiety, Judy arrived with Webster on 21 January 2016 at London’s only dedicated referral clinic, London Vet Specialists (LVS) in Belsize village. Established at the end of 2015, LVS has a range of professionals and state-of-the-art facilities for everything from internal medicine, laparoscopy, diagnostic imaging and surgery to emergency and critical care.

Judy was given an initial consultation by Janet Kovak McClaran, a leader in minimally-invasive surgery, who left her post as head of surgery at New York’s Animal Medical Center to head up London Vet Specialists in 2015. Janet explained the benefits and risks of surgery, enabling Judy to make a decision to go ahead with an operation. Webster was given a general anaesthetic, supervised by residency-trained anaesthetist Karla Borland. With LVS’s advanced training and monitoring equipment, Webster’s chances of survival were the best they could have been under very difficult circumstances.

Surgery revealed that one of Webster’s liver lobes was twisted and ruptured and, possibly, also affected by a tumour. Dr McClaran removed the affected lobe with a surgical stapling device. Webster recovered from his anaesthetic smoothly and spent the night on fluids. The following day he was stable, bright and comfortable, though nervous and not interested in eating. He was tempted to eat and with lots of TLC made a remarkably quick recovery.

He was discharged on buprenorphine for pain relief and Judy was instructed to limit Webster’s activity for the next 10-14 days.

For his post-operative check three days later, she took him back to the primary care vet near her home to avoid distressing him with travel, and he presented as active with only minimal wound swelling. At his 10 day check he had bounced back to his normal, happy self. The great news is that final biopsy results revealed no cancer at all.

“We were lucky to get a brilliant surgeon who found out that it was this unusual condition and was able to act quickly,” said Judy.

Liver lobe torsion is very rare, with only a handful of cases recorded in cats. Those that have been reported are all due to congenital abnormalities or tumours. Webster’s case is the first known time that a non-cancerous liver lobe torsion has resulted in a haemo-abdomen in a cat. In other words, Webster’s adventurous lifestyle­ – possibly an ill-advised jump or twist – is likely to have caused the torsion.

The case is testament to the way that very close co-operation between the primary care practitioner, LVS and the owner can optimise the outcome. The close working relationship of Village Vet (an associated group) with London Vet Specialists (LVS) meant that Judy was offered detailed options at a very early stage, and referral could be immediate, which saved Webster’s life. To help save Judy money, diagnostics tests were not repeated at LVS; close discussion and trust in the high standards of work carried out at the primary level group meant that LVS could carry on with treatment where ICU had left off.

LVS’s client relations manager Claire Newton worked closely with Judy and the primary care vet throughout the referral process to ensure it was seamless, and that both the owner and the vet were reassured and updated at all times. LVS maintains a flexible and empowering approach to referrals which allows active involvement by the primary care vet with regular telephone discussions and updates. And having post-op checks carried out at the primary care clinic minimised stress for Webster.

Now he is back to his normal life, although according to Judy, “he has toned his activities down a little since January. One gets to be terribly fond of pets ­– you don’t realise until something like this happens how much they mean to you.”

< back to blog home