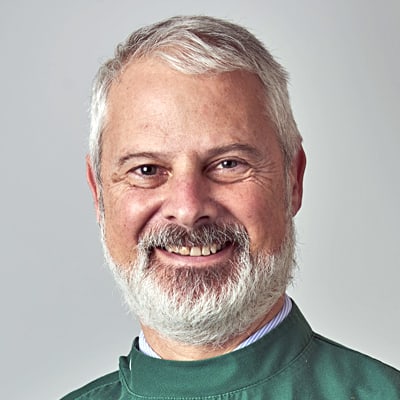 Dr Simon Swift graduated from Cambridge University and started working in mixed animal practice before moving to small animal practice. He quickly developed a fascination for Cardiology and was awarded the RCVS Certificate in Cardiology in 1990.

He became the advisor for the UK Cavalier King Charles spaniel club advising them on degenerative valve disease from 1990 to 2014. He then became a partner in large, small animal practice in Manchester accepting referrals in Cardiology. Simon obtained his European Diploma in Cardiology following an alternative residency program at Liverpool University before moving into private referral practice in the UK.

In 2014, Simon moved back into academia to teach at the University of Florida where he was Service Chief of Cardiology, Associate Editor of JVIM and a Medical Director. He also led the development of an open-heart program to perform mitral valve repair surgery in association with the team at the Jasmine Clinic in Japan lead by Dr Uechi.

Simon moved back to the UK in 2021 with his wife, Lisa, a ball obsessed border collie called Milly and a large ex-research cat, Florence.